We’ve all been there. We have a major project due, or a chore to complete at home, or a task to complete in the yard, and we don’t…want…to…do…it. Regardless of what we want to do (or not do), 99% of the time we still have to get it done, so at some point we have to buckle down and stop procrastinating.

Ok, but how do we do that? It’s practically a habit for some people because it’s easier to avoid doing that thing we have to do. Procrastination habits can really get in our way sometimes.

When you have a specific task that you know you need to do, but you’ve put it off for a few days (or weeks), how do you feel about that task now? What do you think about yourself as you avoid that task? Probably pretty crappy, right?

We know instinctively that we shouldn’t avoid doing things that are good or necessary, such as doing the dishes or completing a project at work, yet so often we’d rather put it off. Then when we realize we still haven’t finished that task, we might berate ourselves for “failing” to complete it. That negativity only makes us want to complete the task even less. Am I right?

Think of a project you’re currently procrastinating and listen for the negative narrative that might come up in your head. “I’m too tired.” “It’s such a big project.” “I don’t really now how to do this.”

Take a breath and speak something positive about that project that will encourage you to still complete it. “I’m totally capable of figuring this out if I set my mind to it.” “I may be tired today, so I’ll get some extra sleep and start tomorrow – no excuses!”

Talking this way gives me space to make mistakes when I procrastinate, but also motivates me to try again as I work to stop procrastinating on things I need to get done. A top secret for how to stop procrastinating is to view the project in a series of steps rather than as one giant project that will take you forever to complete. Imagining how much work it will take to repaint your bedroom can overwhelm you pretty quickly. Overwhelm quickly leads to stress and stress encourages procrastination.

If you’ve got a big project coming up, take some time to write down the steps involved from start to finish. Then focus on just the first step, then the second, and so on. You’re totally able to complete one step, and then you’ll feel so empowered to complete another.

You’ll be amazed at how much easier you can accomplish your task in small steps without procrastinating it!

Let’s say you’re biggest procrastination struggles happen while you work. Whether you work from home or in a traditional office, procrastination can hit all of us at work.

Did you know that a cluttered environment can prevent you from being productive? It’s distracting, messy, and stops creativity from flowing naturally. And that’s a recipe for lost motivation which guarantees procrastination.

One key secret to productivity at work is to keep your space organized and neat. When you’re not stressed about finding a lost paper or that you can’t stay on top of your work because it’s piled up around you, then you can start completing the projects you need to do asap and stop procrastinating.

Set aside at least 5 minutes each day to straighten up your work space. If it’s already a disaster area, then you may need to spend a bit longer the first time. Don’t let the amount of work overwhelm you! Just tackle one area at a time.

(Read this post for tips of why you want to rearrange your furniture to promote productivity.) Remove Distractions When You Need to Focus

I’m just as guilty as anyone for getting lost in my social media feeds, scrolling mindlessly through useless images and posts. We know it’s unhealthy and unproductive, so why do we do it?

Because the distraction can be a stress reliever and procrastination is a symptom of stress.

When you absolutely have to stop procrastinating, then put your phone in another room, sign out of all social media, close all extra browser tabs, and hide your TV remote. Drastic, I know. But it will be worth it when you check off that task you’ve been avoiding for days!

Have you ever tried to stop procrastinating but felt unsure how to start the project you’ve been avoiding? I have. I avoided starting this blog because I knew there were a million and one things to do, and I had no idea where to start.

It’s totally common to procrastinate a project because you haven’t defined how you’re going to achieve it. This is another huge secret to busting your procrastination habits!

If you’re serious about a major project or dream you want to achieve, take some time to contemplate how you will achieve it, and write down the steps and goals necessary to reach that dream. Make sure they are achievable in a reasonable time period. If your goal is to have six-pack abs but you only have a single-pack ab now, then getting a six-pack probably won’t happen in a month.

Once you identify the steps you need to achieve your goal, you’ll feel much less stressed about working towards it, and you’ll immediately feel motivated to move forward rather than keep procrastinating. Decide on a Reward

Sometimes we need an incentive to stop procrastinating. At work, the ultimate incentive is to avoid being fired because you never do your job. (Unless you’re George Constanza, of course!) In our personal life, maybe the incentive is something more tangible like buying yourself those expensive shoes you’ve been eyeballing at DSW for weeks.

Why does this work? We are hardwired to respond to the results we receive from our actions, good or bad.

As a kid, I learned to ladle soup more carefully so I wouldn’t burn myself the next time. When I complete a tough workout, I usually feel great afterwards because of the happy endorphins my body released. Even better, I’m proud that I did something healthy for myself.

Try this out on the next task you’re tempted to put off. Think of a reward that’s a good incentive for you to treat yourself with when you complete that task. Maybe you go out to eat at the new, expensive restaurant in town. Or you could put money in a jar to save for a vacation you’ve been dying to go on.

Just imagine how great it will feel to go on a vacation that you earned because of all the projects that you stopped procrastinating. All so you could reward yourself with a fabulous vacation!

Eliminate Lazy Influencers in Your Life

Yes. One of them may even be your best friend. (Gasp!)

Lazy influencers are people who don’t inspire you to be proactive, optimistic, high-performing, or full of good vibes and great energy. This one is tough because you might never have identified this kind of person in your life before – you might even be one of them.

Think about the kind of energy your friends and family bring around you. Is it happy and encouraging? Or pessimistic and full of sarcasm? I sincerely hope you’re surrounded by happy and proactive people in your life because they bring such light and energy to our souls!

The people we surround ourselves with have massive influence on our lives. Imagine spending a day with Steve Jobs or Tony Robbins or Oprah Winfrey and how productive and inspiring that would be. Then contemplate spending the entire day with someone you know who is a social media-addicted, negative Nelly. The comparison makes me cringe.

Decide you want positive influencers in your life. Allow that change to push you to become more productive, more positive, and stop procrastinating.

Be Held Accountable for Your Progress

This ties in closely with the previous secret to overcoming procrastination. If there’s something really big that you want to accomplish, and you’re worried that you’ll get tired of working on it, find an accountability partner.

If you’re single, this can be a roommate, friend, co-worker, or family member. But it must be someone who is a positive influence in your life and will genuinely care about your success. They will be invested to help hold you accountable when you feel like stopping.

The easiest example is when you’re trying to complete a massive weight loss program or get shredded for summer. Getting massive results while changing your body can take time. Procrastinating that trip to the gym or getting fit and toned could be decided by the influence of a great, proactive friend. How does this fit in with being a procrastinator? Well, it relates to the first point about negative narrative. When you’ve formed a deep habit of continually procrastinating, you’re likely caught in a cycle of also making yourself feel guilty for unfinished tasks. That guilt and frustration with yourself is definitely influencing your desire to try the next time.

Once again, take a breath, and allow yourself to feel that frustration and anxiety about avoiding doing your tasks. Then take another breath and forgive yourself for being so hard on yourself.

“I honor that I’ve made myself feel guilty about being lazy. I choose to forgive myself and accept my mistakes. They do not define me or my future. I choose to believe in myself and my capabilities and take action today.”

Repeat as often as needed.

This may sound like it’s part of the step about breaking your project into small steps, but it’s a little different. It relates to the underlying reason of why we procrastinate: stress.

Sometimes, after we’ve tried to break a task into steps, listed why it’s meaningful to complete it, and have a plan to reward ourselves, we might still struggle to start. We’re still stuck in the narrative that procrastination is a stress reliever.

If that’s happening for you, then it’s more important than ever to make the decision to start. Decide you’ll spend just five minutes working on it. And just start. Set a five-minute timer if you have to. But just start. Once you start, you may surprise yourself with how long you keep going! But you’ll never know if you don’t start.

I’d love to hear your stories of projects and tasks that you knocked out when you beat procrastination! Share them in the comments below! 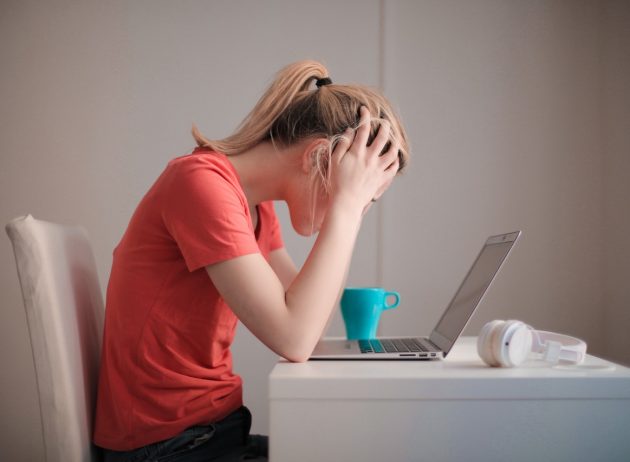 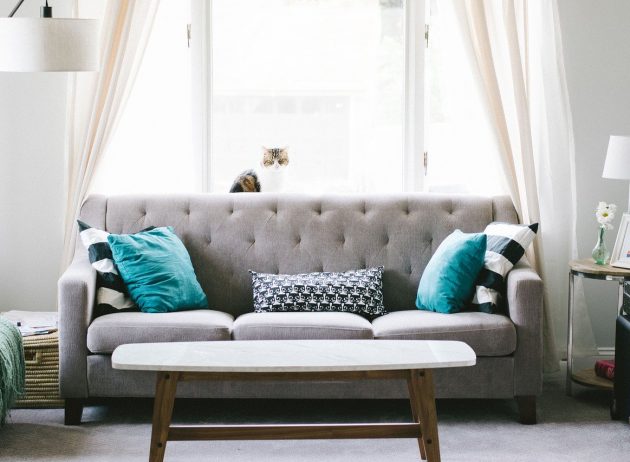